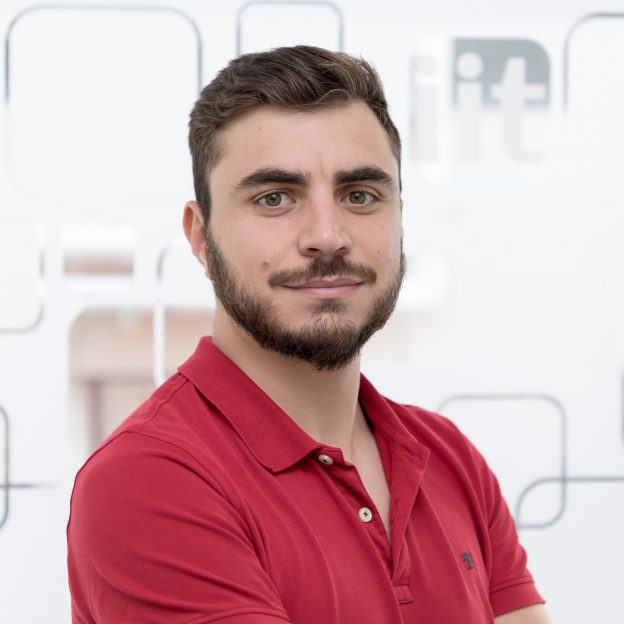 The public projects that I contributed to are the following:

The SCOPE project is a second-call Integrated Technical Project (ITP) of the European Horizon H2020 project RobMosys. The project aims at contribute to the RobMoSys ecosystem by proposing methods and tools to enable the assessment of system-wide safety properties at the behavioral level (the “deliberative layer”) where safe autonomy becomes the key challenge.

In this project, I contributed to the writing of the proposal and deliverables, the formalization of the Behavior Tree semantic, and the implementation of the robotic experiments.

The CARVE project is a first-call Integrated Technical Project (ITP) of the European Horizon H2020 project RobMosys. The project aims at proposing Behavior Trees as a formalism for modeling flexible, composable and reusable hierarchical abstraction for component orchestration in the RobMoSys ecosystem and
to develop a set of verification tools for assessing static and run-time properties of robot behaviors. The proposed approach will be validated on real-world scenarios in the domain of service robotics.

In this project, I contributed to the writing of the proposal and deliverables, the formalization of the Behavior Tree semantic, and the implementation of the robotic experiments.

The Resilient Space Systems project, a
joint effort between Caltech, MIT, NASA Jet Propulsion Laboratory (JPL), and the Woods
Hole Oceanographic Institution (WHOI). The goal of the project is to define a resilient,
risk-aware software architecture for onboard, real-time autonomous operations that can
robustly handle uncertainty in spacecraft behavior within hazardous and unconstrained
environments, without unnecessarily increasing complexity.

I was involved in this project during my visiting semester at Caltech. I contributed to the outline of the Total System Stability During Goal-Seeking Space Robotics Operations.

The first Amazon Picking Challenge (APC) was held at the
2015 IEEE International Conference on Robotics and Automation (ICRA) in Seattle, Washington,
26–27 May. The objective of the competition was to provide a challenge
problem to the robotics research community that involved integrating the
state of the art in object perception,
motion planning, grasp planning, and
task planning to manipulate real-world
items in industrial settings.

I contributed to the design and implementation of the deliberation system in the CVAP entry of the challenge.

The SARAFun was a Horizon 2020 European Union project has been formed to enable a non-expert user to integrate a new bi-manual assembly task on a robot in less than a day. This will be accomplished by augmenting the robot with cutting edge sensory and cognitive abilities as well as reasoning abilities required to plan and execute an assembly task.

I was involved in this project during my last year of graduate studies. I contributed to the design and implementation of the systematic synthesis of the behavior trees used to execute assembly tasks.

RECONFIG was an FP7-ICT9 European Union project that ran from 2013 to 2016. The project consortium aims at exploiting recent developments in vision, robotics, and control to tackle coordination in heterogeneous multi-robot systems. Such systems hold promise for achieving robustness by leveraging upon the complementary capabilities of different agents and efficiency by allowing sub-tasks to be completed by the most suitable agent.

I was involved in this project during my first 3 years of graduate studies. I contributed to the design and implementation of the deliberation and functional layer of the NAO robots.